Please click here to learn more about what we are doing to protect our customers and employees during the CoronaVirus outbreak.

The local corner pharmacy for over 100 years. Generations of Alden residents have memories of time spent in the store.

In 1911, Alden resident Howard Wright commissioned local Architect, Herbert C. Swain, to design a two-story brick building at the corner of Broadway and Exchange Street as his new pharmacy. Until then, Mr. Wright had operated his drugstore connected to the T. Yager General Store located near the corner of Emerson Street and Broadway.

Mr. Wright operated the pharmacy until 1920, when the business and building were purchased by Ralph Stowell, previously his stock boy, for the sum of $30,000. 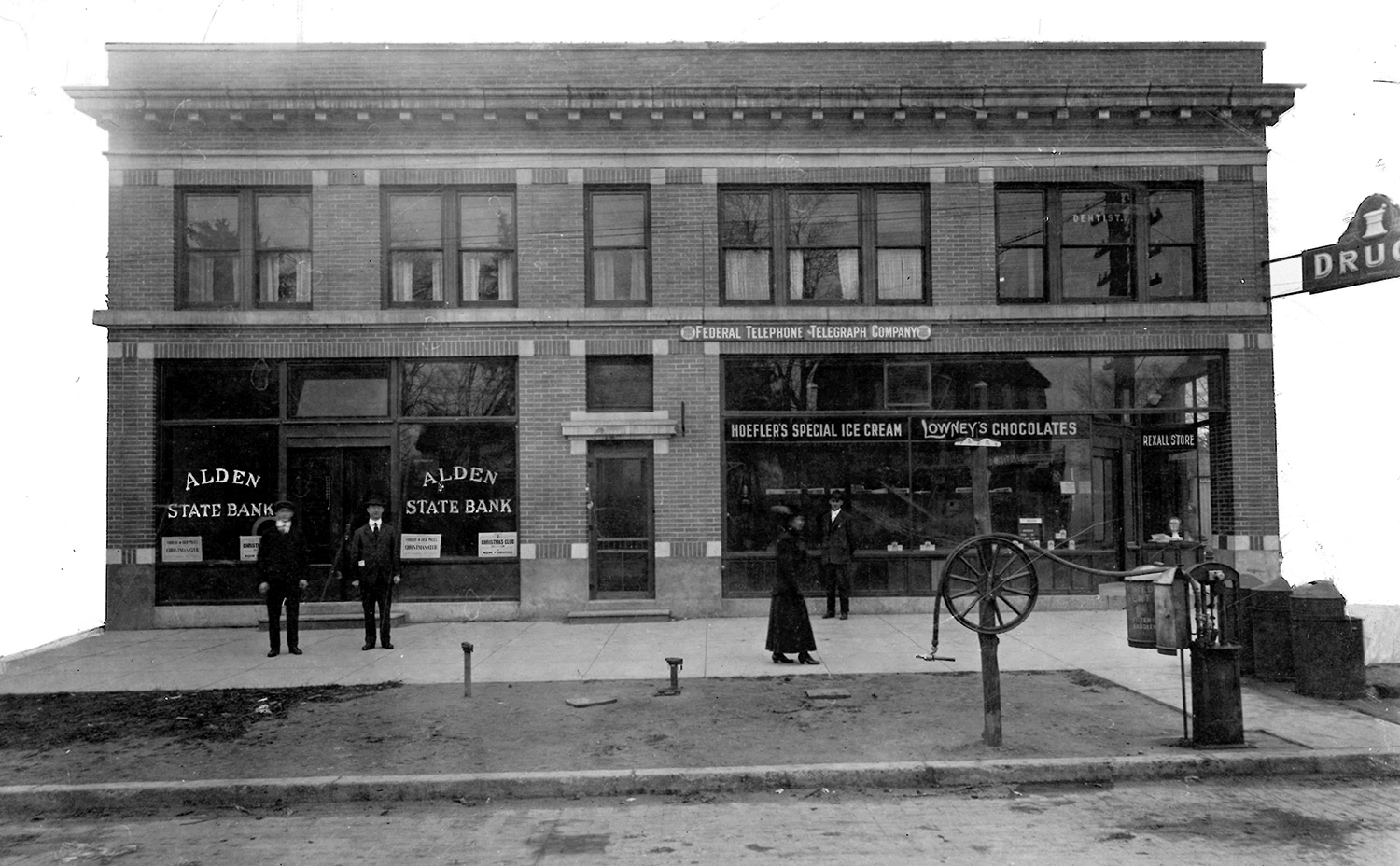 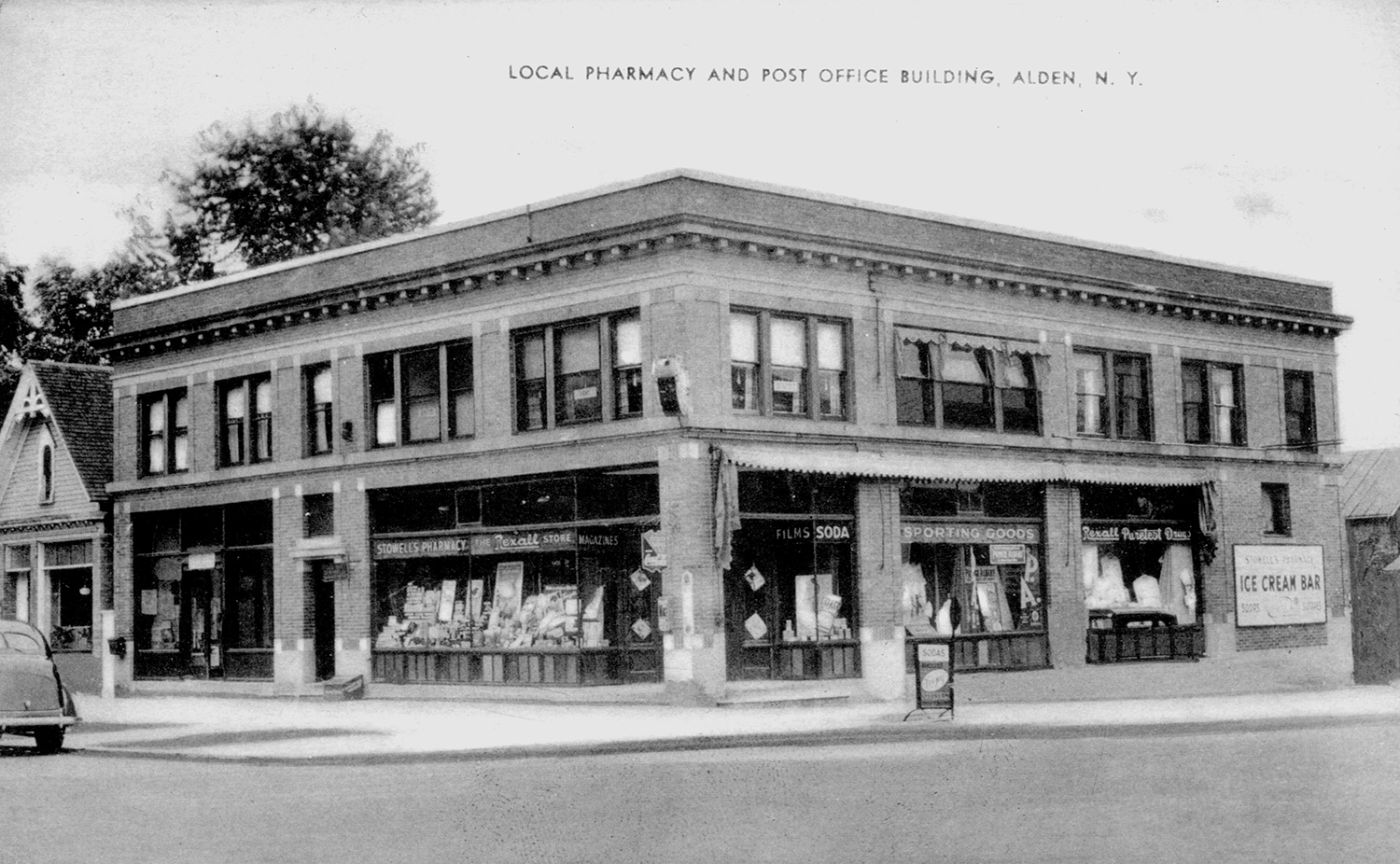 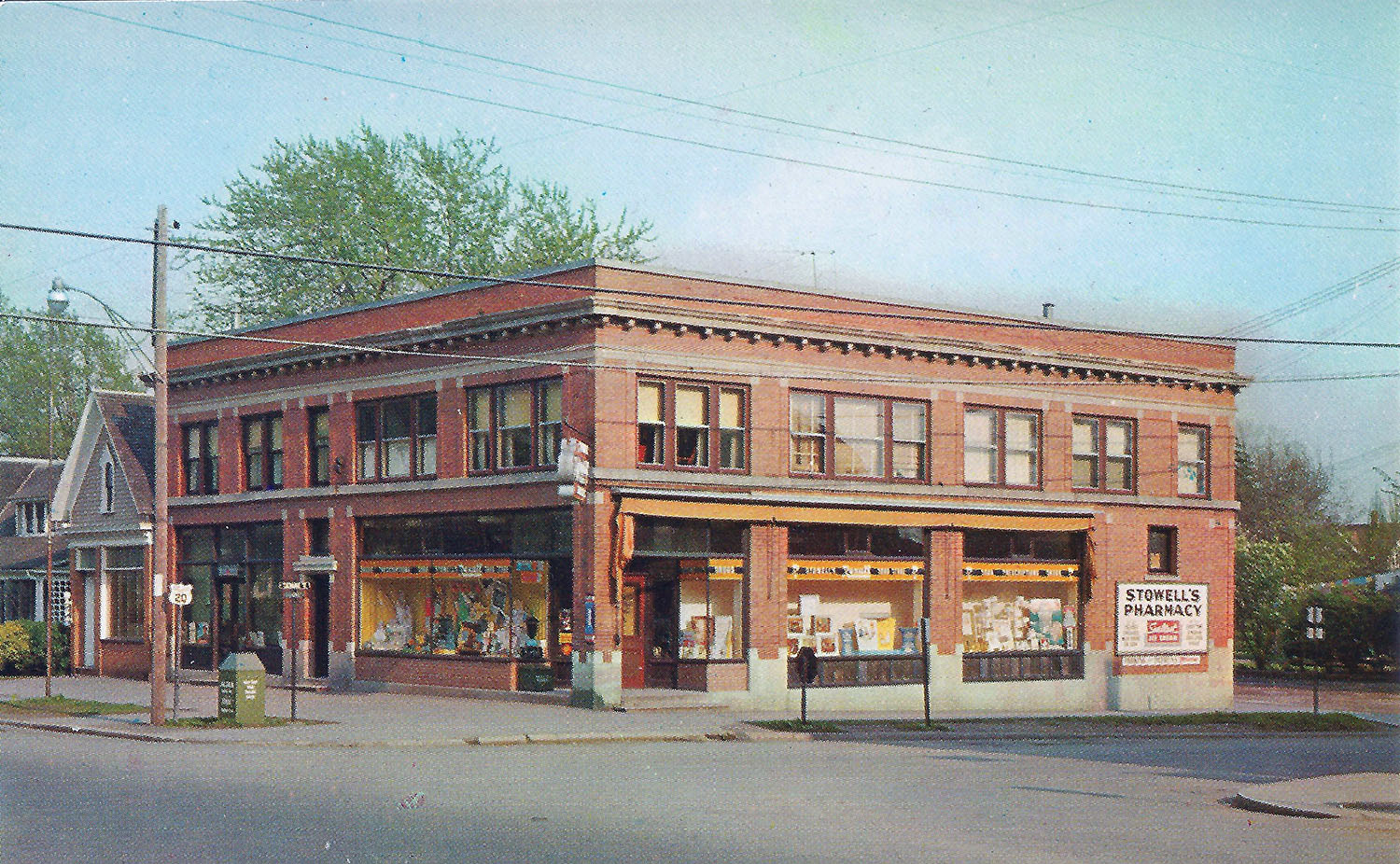 A 1926 advertisement claims Stowell’s, “carried everything a modern drugstore should carry—drugs, patent medicines, school supplies, tobacco products, fishing tackle, ammunition, guns, sporting goods, magazines and newspapers.” Mr. Stowell was an avid sportsman and hunter. During his tenure it was common to find deer and moose heads mounted and displayed on the store walls from his hunting expeditions. The store’s soda fountain was the local hangout for the teens of the day.

Mr. Stowell would run the pharmacy for over 40 years until his retirement in 1960, when his son Richard, also a Pharmacist, became the sole proprietor. Then, after 25 years, it was time for someone new to take over as Richard retired in 1985. John Rodgers, the great grandson of Ralph Stowell would assume ownership of the building and Ronald Smith purchased the pharmacy business.

That’s where our story begins. Ronald Smith, then supervising Pharmacist and lifelong Alden resident took over the almost 75 year old store operation. Mr. Smith believed in the store’s dedication to friendly, personal service and carried that tradition on until his sudden passing in 2012. 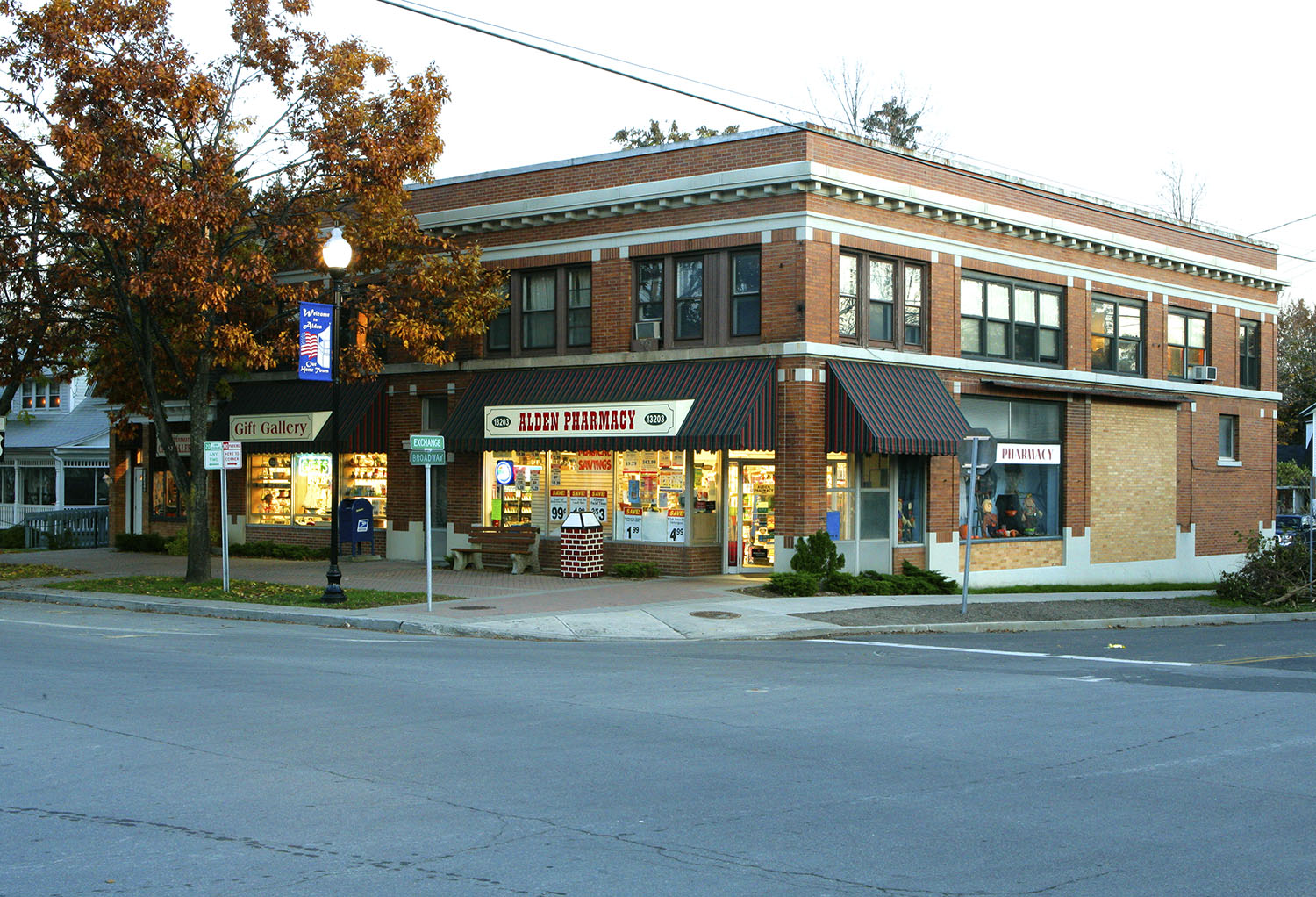 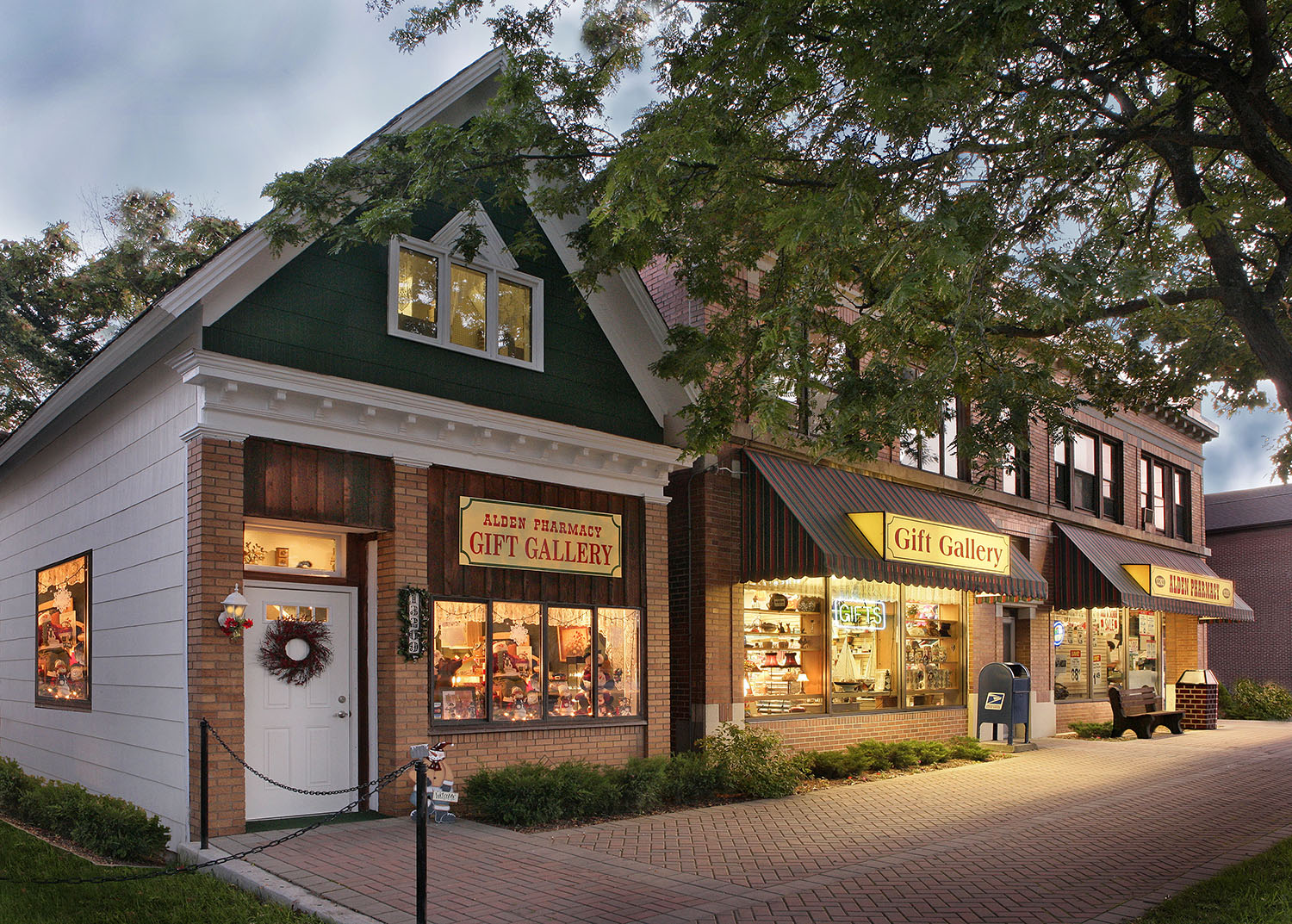 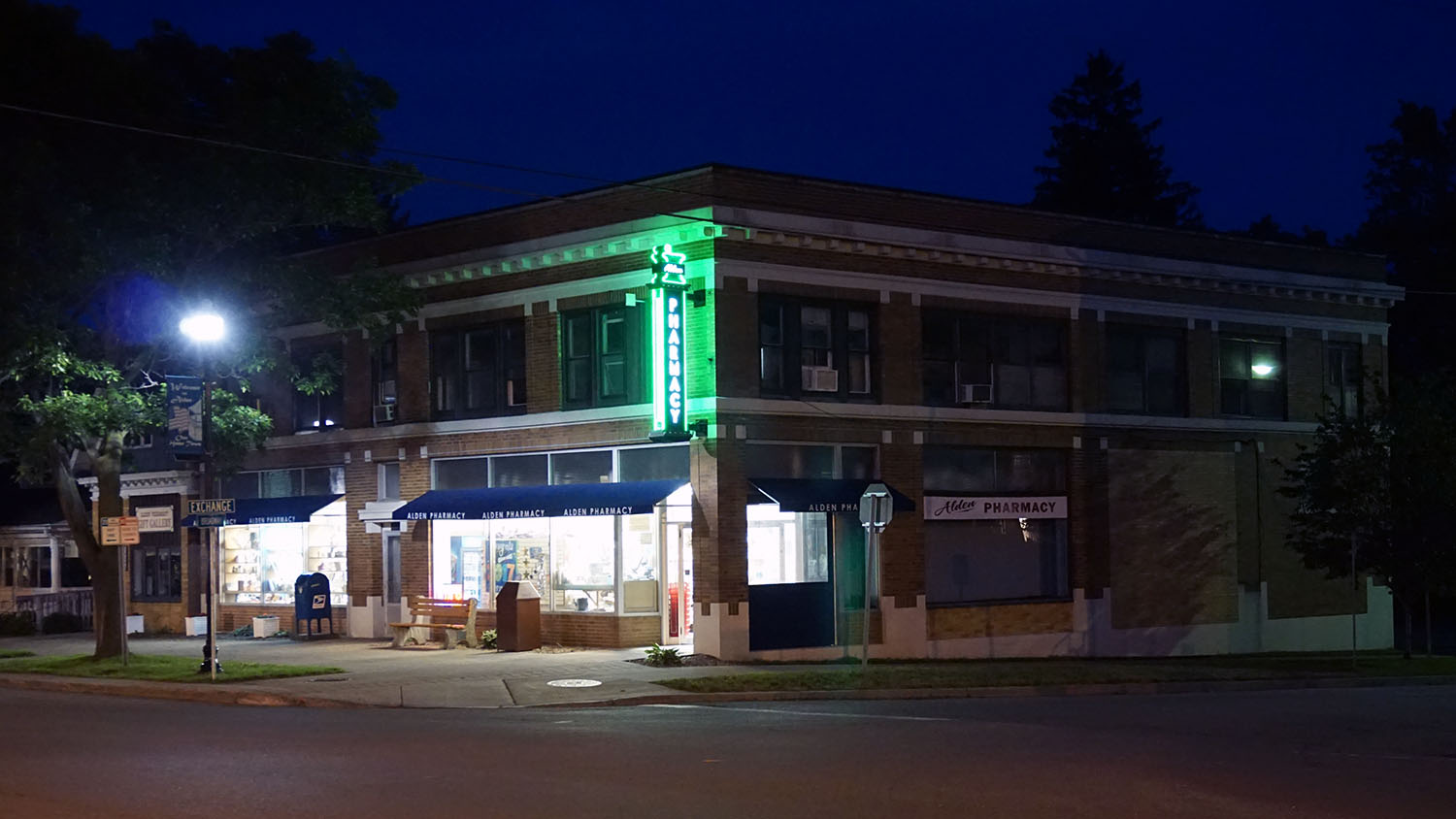 Over 100 years later Mr. Wright’s building is still an operating pharmacy. Open seven days a week, and closed only three days a year, Alden Pharmacy has become a landmark in the Village of Alden and a local treasure. We look forward to seeing you!