Please click here to learn more about what we are doing to protect our customers and employees during the CoronaVirus outbreak.

Use this form to ask one of our knowledgeable and experienced pharmacists a general medical or medication related question.

*This form is not secure, please do not disclose any personal medical information.

Use this form to ask one of our knowledgeable and experienced pharmacists a general medical or medication related question.*This form is not secure, please do not disclose any personal medical information. Call us directly with any specific medical questions.  716.937.9818 -or- 1.877.384.4762

Thank you! Your submission has been received!
Oops! Something went wrong while submitting the form

Let our friendly staff show you how we're different from the corporate chains. Our full-service pharmacy offers services the competition can't.

A free service to our Alden neighbors Monday through Friday.

We make the process of transferring prescriptions simple and easy.

A free program to simplify medication regimens for patients on multiple prescriptions.

Free and safe disposal of syringes, needles, and lancets.

Use the links below to quickly refill your prescriptions online or to ask a pharmacist a general question.

Meet our friendly and knowledgeable pharmacy staff. With over 80 years of combined experience, the Alden Pharmacy staff will provide excellent service and advice for your health-related needs. 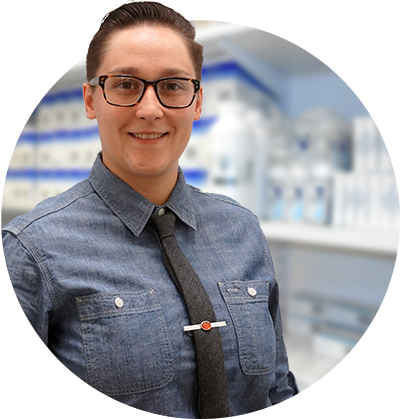 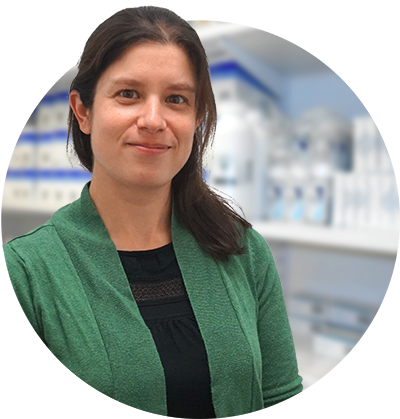 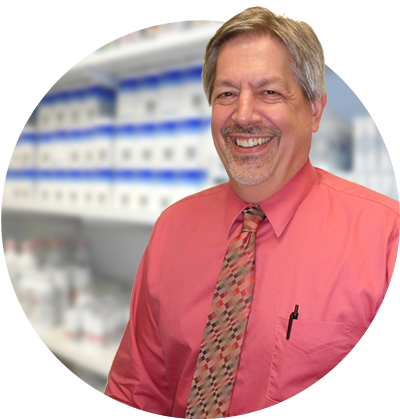 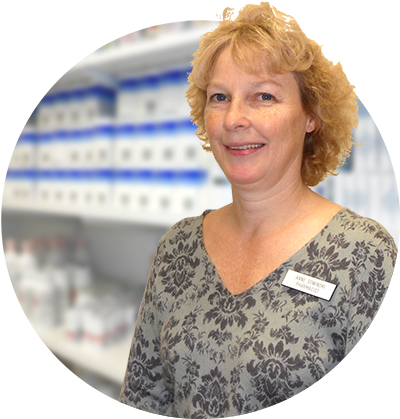 Andrea is a lifelong resident of Alden and graduate of both St. John’s & Alden High School. She earned her Doctor of Pharmacy degree at SUNY Buffalo’s School of Pharmacy in 2010. From there Andrea worked in a community pharmacy in Rochester for 5 years before getting what she considers, the opportunity of a lifetime, to return home to Alden Pharmacy.

This is where she began her career, starting as a cashier, the technician, and working her way up to Pharmacy Intern under the expert guidance of her mentor, Ron Smith. It was her proudest moment when he told her she was the pharmacy’s first intern to graduate and return to work at the store as a fully licensed pharmacist. Andrea loves that everyone here feels like family, from her coworkers to the customers. She is honored to serve the community she grew up in, and continue the great tradition of this longstanding local business.

In her spare time, Andrea enjoys rooting hard for the Buffalo Bills and Sabres. She also loves traveling, spending time with her family, and enjoying everything Buffalo has to offer.

Kara is the daughter of longtime Alden Pharmacy owner and supervising pharmacist Ronald Smith. She graduated from Alden High School in 1999 and completed her undergraduate studies at SUNY Buffalo. Kara then went on and earned her doctorate in pharmacy from the University of Connecticut in 2006. She worked as a community pharmacist for 6 years in Rhode Island before returning to Alden in 2012. Kara is now a pharmacist and Managing-Partner of Alden Pharmacy.

In her spare time she enjoys spending time with her friends and family, most notably her two nephews. Kara is very happy to be back in Alden to continue the tradition of service-oriented community pharmacy her father began more than 25 years ago.

Randall Smith is a 1973 graduate of Alden High School and the class of 1979 SUNY at Buffalo School of Pharmacy. Randy began his career as a pharmacist at Lancaster Pharmacy, an independent community pharmacy in Lancaster, NY. There he was the Supervising Pharmacist and then joined the ownership team in 1985. In 1989, Randy moved on to other staff positions in community pharmacies. Today Randy splits his time between Catholic Health and Alden Pharmacy, where he has been employed for over 20 years.

Randy has resided in Williamsville, NY with his wife Elaine and they are the proud parents of a son Alex and daughter Lauren. He is involved in his children’s sport and school activities as well as enjoying as much travel as possible, in his free time.

Anne has lived all her life in Akron, NY.  She graduated in 1986 from the Albany College of Pharmacy in Albany, NY.  Anne has been a dedicated Pharmacist at Alden Pharmacy for over 10 years.

Anne and her husband John have been married for over twenty five years and they have three children together, Abbey, Peter and Alicia. In her “spare” time, Anne enjoys vacationing with her family, gardening and cooking.